“A US Senator has prepared a proposal to buy Russian-made S-400 air defense systems from Turkey in a bid to overcome the impasse between Washington and Ankara.”

By SETH J. FRANTZMAN
JUNE 30, 2020
First parts of a Russian S-400 missile defense system are unloaded from a Russian plane at Murted Airport, known as Akinci Air Base, near Ankara, Turkey, July
For the first time in history the US might purchase Russian air defense systems in a convoluted deal to pay Ankara not to work with Russia. The highly unusual move would be made to please, or appease, Turkey and would benefit Russia. Defense News reported that Senate Majority Whip John Thune has proposed an amendment to the 2021 National Defense Authorization Act (NDAA) that “would allow the purchase to be made using the US Army’s missile procurement account.”
Russia’s TASS state media covered the story across its home page on June 30 claiming “a US Senator has prepared a proposal to buy Russian-made S-400 air defense systems from Turkey in a bid to overcome the impasse between Washington and Ankara over Turkey’s participation in a program to produce F-35 Lightning II fifth-generation fighter jets.” TASS, which covered the Defense News story, says that the strange approach to buy Russian weapons to please Turkey is countered by another proposal in the Senate to put tougher sanctions on Turkey after the NDAA passes this summer.
Defense News quoted a former Pentagon official as saying the idea to buy the S-400s was good. “I think the US buying the S-400s from Turkey is a clever way of getting [Turkish President Recep Tayyip] Erdogan out of the jam he put himself in,” said Jim Townsend. “We just want to get the system out of Turkey…and if it enables the Turks to take part in the F-35 then all the better.”
Turkey was a partner in the F-35 program but its decision in 2017 to buy Russia’s S-400, the top tier of Russia’s air defense systems, caused a crisis with Washington. F-35s were not delivered to Turkey and there were reports of trying to unwind the program in Turkey. The US stopped training Turkish pilots last June. However recent accounts in former National Security Advisor John Bolton’s book paint the White House as pro-Turkey and doing everything possible to work for Ankara. Even though Turkey detained a US pastor, threatened the US, detained a US service member, imprisoned a US consulate employee, attacked US protesters in Washington, works to get around US sanctions on Iran, hosts Hamas, threatened US troops in Syria and claimed the US was “training terrorists in Syria,” the White House sought to work more closely with Ankara. Turkey works closely with Iran and Russia.
Turkey bought the S-400s and has taken delivery of them. Ankara says it wants more joint programs with Russia. But the US has been trying to do everything possible to lure Ankara away from Moscow, hoping that if it gives enough Turkey will be friends with the US again. The latest initiative to buy Russian S-400s would take money from the US Army’s missile defense procurement account. Turkey bought the S-400s for some $2.5 billion and even wants more of them. Since 2018 the US has been begging Turkey to buy America’s Patriot air defense system instead for several billion dollars. In March reports emerged that the US was still pushing Ankara to take the Patriots in exchange for not operating the S-400s Ankara bought.
The US administration speaks about the art of deal making. But in this case it appears Turkey is being offered as many air defenses and as much money as it can handle in a bidding war by the US. For Russia this is a good deal because it gets to expand the footprint of its air defense customer base and sell the systems for billions during a difficult economic period while making a mockery of NATO. For the US the short end of the deal is begging Turkey to buy its Patriot system while also now considering buying the Russian system from Turkey.
It’s not clear how such a deal would work because Russia likely wouldn’t want the S-400s being brought to Washington. That might mean just giving Ankara billions of dollars not to operate them. The concept is to get Ankara to save face by letting Ankara think it humiliated the US into begging it to stay in the F-35 program and paying Ankara a kind of multi-billion dollar bribe to be America’s friend, in a world where the US appears to be losing allies rather than gaining them.
Post Views: 1,932 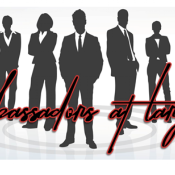